The City of University Heights earned the League of American Bicyclists Bronze Level Bicycle Friendly Community Award (PDF) in 2012 and 2016. The League recommended ways for the City to further promote bicycling in 2012 (PDF) and 2016 (PDF) reports.

According to the 2010 U.S. Census, University Heights has the highest rate of bicycle commuting in the metro area: 15 percent of our residents bike to work.

The Metropolitan Planning Organization of Johnson County (MPOJC) developed the Plan to make bicycling safer and more convenient for riders of all ages and abilities.

The MPOJC’s Rules of the Road illustrates how to ride safely. 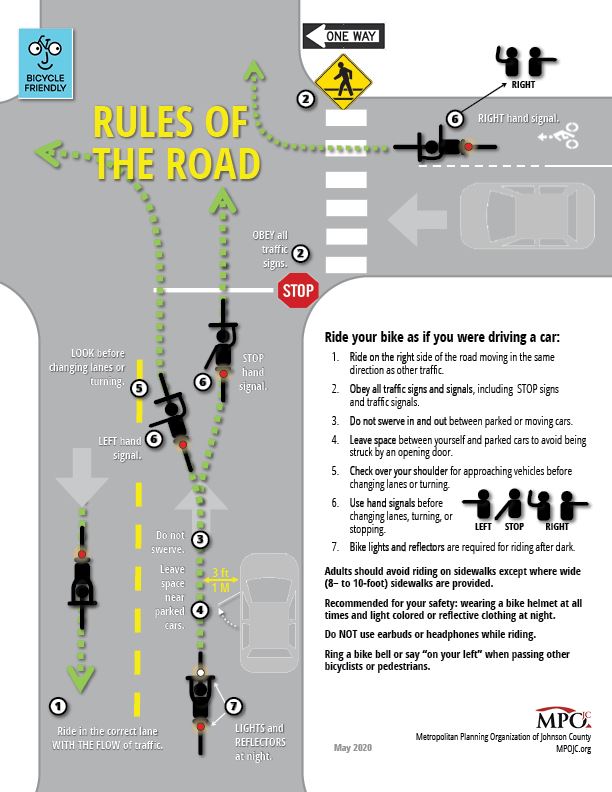